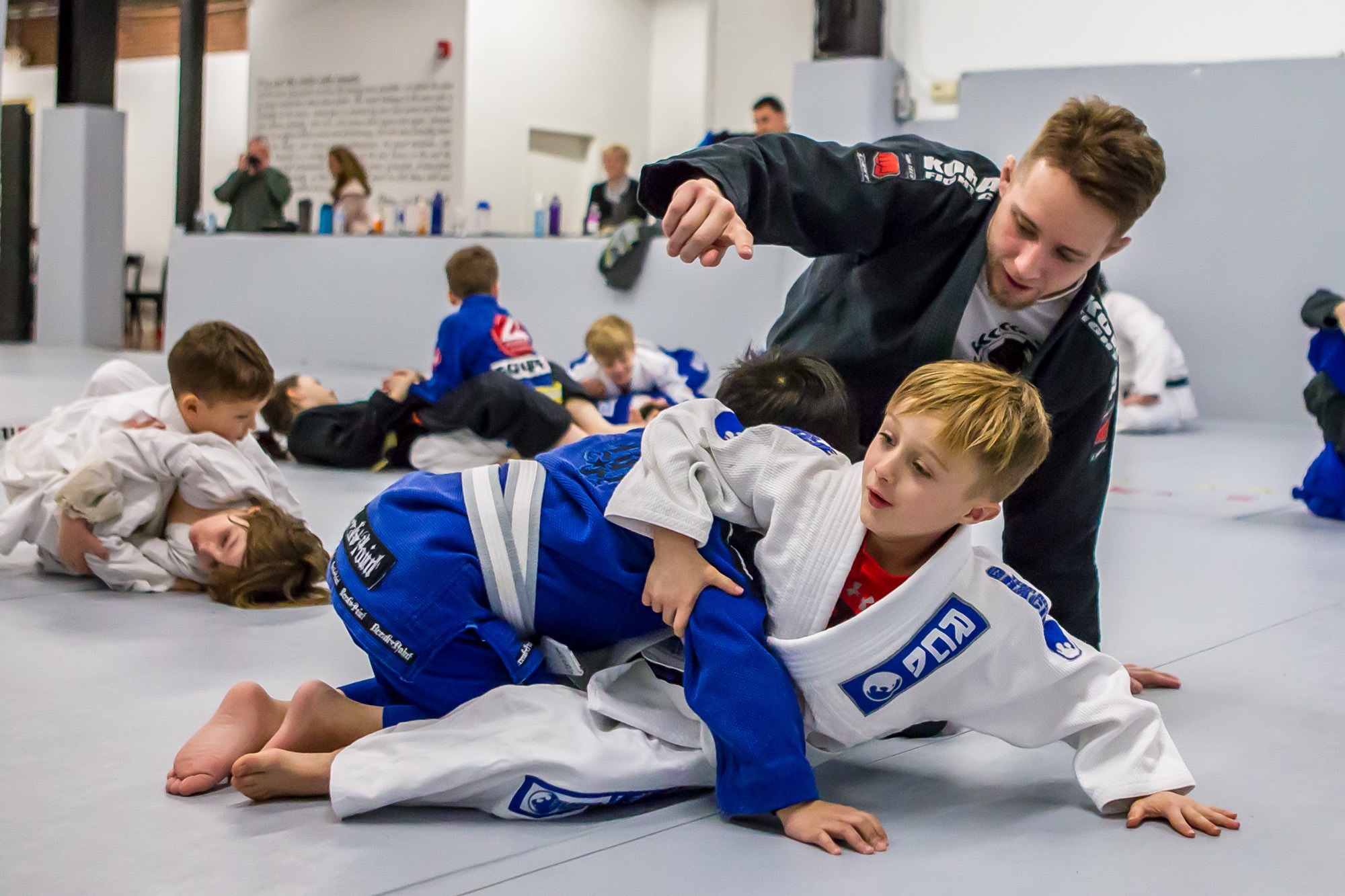 Why Every Parent Should Consider Jiu Jitsu for Kids

I was inspired to write this piece on jiu jitsu for kids because being a parent (and a parent of a child in a jiu jitsu program), I am exposed first-hand to a variety of jiu jitsu misconceptions.

Whenever I tell another parent I’m taking my 8-year-old daughter to jiu jitsu; they ask questions like, “is she training to be an MMA fighter?” My daughter is a far cry from the breed it takes to become an MMA fighter. MMA fighters have something special and unique about them that allows them to excel in a rigorous and demanding sport. My daughter has amazing uniquenss and she’s certainly special, but she’s not going to end up fighting in a cage. She loves jiu jitsu because its essentially an injury free sport that teaches her functional application in sport. She loves it because she plays while she’s there as much as she trains. She loves it because her friends are in it with her. No different than your soccer league, only my daughter is taking away a real functional form of self-defense with her (I’m not condemning soccer, I love soccer, I’m only pointing out that jiu jitsu offers the second layer of self-defense).

My daughter is in jiu jitsu for kids because I love her. I want her to be able to protect herself from the underbelly of the world, whether that be this afternoon, or in 13 years when she’s a college freshman living that dorm life. I understand fully that I won’t be able to be at her guard forever. I understand that sadly, I can’t be at her guard 100% of the time now. Its a cold reality that her jiu jitsu training pacifies for myself. I mean, I read a prepper website everyday, so I leave nothing to chance, my friends. Life is all about preparation more than it is being dependent on protection.

So here’s a list of reasons I believe that every kid, especially little girls, should take jiu jitsu.

The sad state of life for women is that they are exposed to the potential for sexual assault, particularly in this high school and college years. And while you can teach your daughter to make wise decisions and be aware of her environment, things don’t always work out the way we’d like.

For a girl, part of sexual assault prevention is buying time. Jiu jitsu gives a girl the ability to use a man’s leverage against him, thereby staving off the sexual assault so she can call out for help. Additionally, it teaches her moves to use her hips to escape, or if need be, the attacker’s own collar to choke him.

It Teaches Kids To Fend Off Attackers

If a child is grabbed, their first instincts need to be calling out for help as well as immediately fighting off the attacker. Kids who practice jiu jitsu are well-versed in escaping the grasp of other people. A kid in jiu jitsu becomes extremely familiar with that feeling of being held down, and they will know exactly how to respond to it. Kids can, and do, overpower adults who aren’t trained in the art. A small child versed in jiu jitsu can competently escape the grasp of an attacker.

Much of bullying is confidence. Jiu jitsu doesn’t teach kids to attack; it teaches them to defend and escape. Kids in jiu jitsu get used to role playing scenarios of being grabbed or held down, so they aren’t too afraid of a bully who threatens such action against them. Bullies look for fear and weakness, and kids in jiu jitsu aren’t afraid of physical confrontation because they understand they can escape it.

Additionally, if a would-be bully were to hold a kid versed in jiu jitsu down, the kid could competently escape. And most of the time, bullies know who is who at school. If a bully knows your kid takes jiu jitsu, your kid won’t be a target. Jiu jitsu for kids is avoidance of bad situations rather than aggression or pursuit of them.

Kids these days are more and more becoming sedentary. And that sad state of affairs is reflected in recent studies showing a decline in childrens health. According to a study in the National Collaborative on Childhood Obesity, 1 in 3 kids will be overweight before age 5.

Kids who do jiu jitsu are moving around for an hour a day. They become more athletic. They lose weight. They maintain healthy weights. They tend to eat healthier diets. They are influenced by a healthy minded atmosphere.

“I don’t want my kid to become a cage fighter.”

They won’t unless you encourage it. A reputable jiu jitsu gym does not do anything more than help train your child in the gentle art of jiu jitsu. Many jiu jitsu gyms offer a variety of other programs, but no gym pushes a child in any direction.

“I don’t want my kid getting brain injuries.”

None of us do. First and foremost, jiu jitsu is grappling and non-striking. Punching and kicking aren’t allowed, nor taught, and never practiced for any purposes. Additionally, sports like soccer are associated with head injuries to such a degree that there are laws regarding what age kids are allowed to use their heads to “head the ball.” Again, I love soccer, I’m just saying, your kid has a lot more chance of getting a head injury in soccer than in jiu jitsu.

Jiu jitsu has little potential for being hit in the head.

Jiu jitsu for kids is one of the smartest move any parent can ever make. My only advice would be to find a legit gym, such as Renzo Gracie (do a google search in your area).

Kids and parents can both do jiu jitsu at Stout Training